𝕎𝕖𝕝𝕔𝕠𝕞𝕖 to the Sadie the Knight Writer Blog and Podcast, part of 🅸🅽🅵🅹 🅺🅸🅽🅶🅳🅾🅼 on YouTube. Today’s topic: the Generation X NF.

You’re not retarded- you read the title right. Today, let’s not only talk the INFJ but the elusive Gen X INFJ. Gen Xers, you totally weren’t offended by that word. Millennials, you probably already petitioned the CEO of YouTube. All generations prior to Gen Y- millennials- you either snickered, looked around the room to see if the younger peeps got offended, or it rolled off your shoulders as it should have. Next week, we’re going to dive into each generations tendencies if coupled with NF, so not necessarily INFJ or ENFJ but most NF types.

Gen X is the most creative generation. Born between the mid 1960s to the mid-80s, they babysat themselves. Some called them latchkey kids because Baby Boomers burned their bras so now mom and dad were away at work. So, Gen X was left unattended. They ate boxed or microwave dinners and drank out of garden hoses on hot days. This sounds like a drag and yea, it was, but it led to exploration and wanderlust, a curiosity adults weren’t around to stifle. Sure, there was school but it was different in the 80s and 90s growing up as a Gen Xers. You got to parade around all the classrooms at school to show off your Halloween costumes. Kids went all out. Hoards of kids would pack school parking lots and let go of balloons with notes inside then wait for a letter to show up to the school from the person who found it. Gen X adolescents grew up sharing music, which led to how we share it today. In love? An entire cassette of love jams. Heartbreak because Greg didn’t return the note you passed him in Music class? A compilation of sad pop and R&B songs. Wanna know how we did this? Two radios, one cassette tape and a finger on Record waiting for the DJ to shut his face. We bootlegged too. We popped the clips off the ends of those cassettes and learned how to save ourselves a dollar or two.

Gen Xers knocked on doors and asked “can Sara come out and play?” Neighborhood kids asked other kids if they wanted to come over and kick the ball or make up a dance routine or just play. Snow days off from school weren’t spent in front of the tube or on our Nintendos. As soon as the news reporter announced school was closed, at the last minute of course, the snowsuits came on and out we went with our friends to build tunnels and snow forts. As Gen Xers aged a bit, they rocked their tight-rolled pants and two different colored socks folded over in their tennis shoes with their bangs scraping against the clouds from all the Rave and Aquanet hairspray. They got hit in the faces with dodge balls and took it like a champ. Instead of finding the safe bench in the schoolyard, they found something to do even if they couldn’t find someone to do it with. As they grew even a bit older, they talked about Dylan and Brenda and reminisced about growing up with The Neverending Story and crying over Artak’s drowning in the lake of sadness, The Wonder Years, Punky Brewster and Fraggle Rock, or how all the boys they liked fancied DJ Tanner and Winnie Cooper. They awaited TGIF on Friday nights if there wasn’t some school dance or sleepover going on with Step by Step and Saved by the Bell and Family Matters.

Fast forward a bit. This Gen Xer NF, a deeply sensitive, inquisitive, exploratory lil peanut, had to find their footing in the 80s and 90s, a time of Rodney King riots, daddies away at Desert Storm after granddaddies had already fought World War II and Vietnam, The Challenger exploding on live TV as young kids watched from their classrooms. Classes let kids out of class to the library or gymnasiums for the live OJ Simpson verdict. The children learned of scandals in schools like Pam Smart and all the while knowing Joey Buttafucco nailed that Amy Fisher. They started to worry of random kidnappings from creepsters in vans with puppies or lollipops. Their parents brought their Halloween bags to hospitals for Xrays to see if some psycho put a needle in the candy. They stayed up at nights with visions of Jason and Freddy Krueger and pumpkinhead weirdos wandering dark forests.

All this, plus so much more, led to independence, confidence in the face of adversity, the desire and not just acceptance of being different, the curiosity and childlike nature of wanting to know more. It led to the entrepreneurship, but also that inability to waver even if its needed for the greater good. They were children who were able to grow wings. Thus, they need freedom to use them. Gen Xers were invisible but they are the generation that propelled the change we see in Millennials and all those who came after. They went quietly into the night and fought the good fight, and made a difference along the way.

To come from parents who were so vocal of their turmoil, being children of war times and direct conflict and severe racial injustice, Gen Xers didn’t have time to voice theirs. They held a lot in. It led to some being cynical in life as adults. But,next week, once you see how each generation and their specific major circumstances and adversities, it’s easy to see how things are the way they are right now. Gen Xers were beat as children and nobody batted an eye really, so we coddled our kids, the Millennials, and created softies who can’t handle the world as it really is and why there’s a swarm of Karens and “look at me’s”. Some Gen Xers had so much pent up and have turned bitter, there was semi-neglect, which led to indifference and apathy in their offspring, who would be members of either Gen Y or Gen Z. It also makes so much sense how this generational history led Gen Xers, especially Gen X INFJs, to become the nostalgic time, reminiscent of the good old days, the simpler times when Gen Xers didn’t feel so bogged down. It was all the rules and restrictions after that wandering childhood that led to this too. So many factors for one episode.

See you next week where we’ll talk the INFJ from The Greatest Generation to Generation Alpha. The outcome is hopeful.

Disclaimer: All blogs are the text and audio-only versions of YouTube video content. All blog, vlog, podcast and video content is for entertainment purposes only and not to be used as professional or legal advice. Knight Narrations and its members hold no liability for any content that may be viewed as inappropriate or offensive in nature. Visit theknight.site for services, content, and terms and conditions. 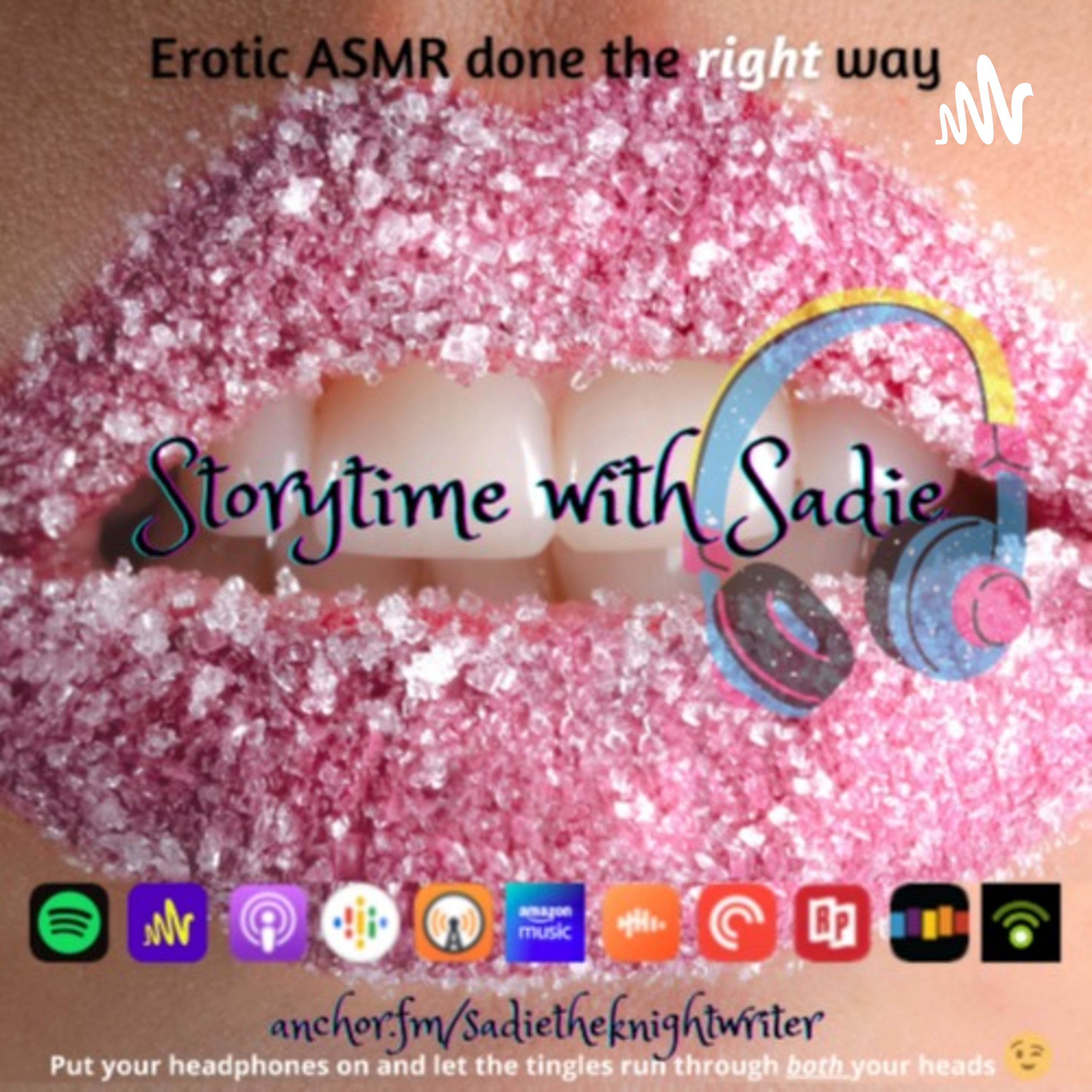 Welcome to the 🅂🅃🄾🅁🅈🅃🄸🄼🄴 🅆🄸🅃🄷 🅂🄰🄳🄸🄴 podcast, the home of Storytime with Sadie 18+ ASMR and the Sadiɛ Շђє ӄռɨɢɦȶ աʀɨȶɛʀ blog. Today, it's time for some serious lady boners and snail trails with the naughty voyeuristic Jade's Erotic Adventures Books 21-25 by Victoria Rush.  Curious Jade buys a ticket to a peep show but ends up getting peeped herself 😉 As always, privacy and a roll of toilet paper may come in handy. Put your headphones on and let the sound travel through both your heads (stereo setting required). Disclaimer: All blog, vlog, podcast and video content is for entertainment purposes only and not to be used as professional or legal advice. Knight Narrations and its members hold no liability for any content that may be viewed as inappropriate or offensive in nature. Visit theknight.site for services, content, and terms and conditions. Please consider donating to keep the magic going at https://paypal.me/knightnarrations. All proceeds go toward the Chang Sibling Reunification Fund. Blog: https://wordpress.com/post/theknight.site/3742 — This episode is sponsored by · Anchor: The easiest way to make a podcast. https://anchor.fm/app — Send in a voice message: https://anchor.fm/sadietheknightwriter/message Support this podcast: https://anchor.fm/sadietheknightwriter/support